Do what you love… after you study

I finished school (at Brigham Young University) in April and started work at EY that fall. I only had a couple of months in between to fit in a vacation and hopefully all four parts of the CPA Exam.  Right after graduation, I decided to enjoy life a little and go to Hawaii. I’m so happy I went because it energized me for what was to come. I had a blast and I knew that once I started studying for the exam, vacation time was going to be put on the back burner. So, with my new found vitality, I came up with a plan to fit it all in during one summer. 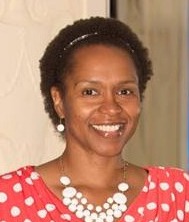