Packing a punch inside the ring and within her firm, Adrienne can be seen hooking her clients with knockout tax advisory services and challenging the norms of what CPAs can do within and outside the profession.

Adrienne is a second generation CPA in her family, following in the footsteps of her father. Growing up in school, math was her favorite subject and she was very comfortable with numbers. Her dad took notice and encouraged her to pursue accounting as a college major. He even outlined a plan which they affectionately called “The Blueprint”: go to Howard University’s School of Business and study accounting, work for a Big 4 firm and pass the CPA exam.

At Howard, she was placed on a team with a corporate sponsor, PwC, which introduced her to the Big 4 and professional services as a career. Howard University shaped her experience and convinced her that choosing accounting as a major was definitely the right choice. Due to connections Howard’s accounting program had with different companies, she was able to secure an internship with three public accounting firms before officially starting her career.

Once she graduated from Howard and started working in public accounting, the next logical step was to take and pass the CPA exam to obtain her license. However, this journey did not come easily for her. Though Adrienne was very diligent about doing her work and studying for exams while in school, adulthood was another story. She could not find the time or discipline to start studying right away.

Adrienne passed her first exam the summer after her master’s program in May 2014. It would take another two years to pass her second one, which meant her first exam had already expired and she was back at square one. She wanted to give up at times, but her momentum and focus accelerated when a former coworker at Deloitte, who was also studying for the exam, asked her to be her study/accountability buddy. She still had some humbling failures along the way, but with her dad in her corner, she began passing her exams.

Adrienne did something very “unorthodox” and took some time off from work to focus on passing her last exam: FAR. To stay on track, she would wake up every day as if she were going to work and start studying. She allowed herself a lunch break to go for a walk and would reward herself with a workout or some TV in the evenings. She continued this for two months until she sat for the exam.

Adrienne decided to spend three months on sabbatical in Southeast Asia while waiting for her results. She visited five different countries (Malaysia, Indonesia, the Philippines, Cambodia and Thailand) and immersed herself in her experience, “letting go and letting God” because the outcome was out of her hands at that point. A few weeks after arriving back home to the US, she found out that she had passed. She was beyond happy because she didn’t think it was possible. Though it may sound cliché, she felt everything truly happens for a reason and in its own time.

Adrienne’s advice for any aspiring CPA is to keep the faith. Taking the exam can be an uphill battle. There will be times that studying is draining and the last thing you want to do. Often the material can seem overwhelming and the concepts confusing. She suggests to just keep reading and practicing, because eventually it will all make sense. She failed a lot of exams, but these missteps helped identify problem areas to focus on the next time(s) around. She also talked to people who understood the struggle, encouraged her, and lifted her up. They reminded her that people don’t ask how long it took to get your CPA - they only know if you have it.

Lastly, Adrienne suggests being disciplined about a study schedule and realistic about whether you are putting your best foot forward. She studied hard in the two-year period prior to passing, but looking back, she realized she would study for a couple of weeks, skim the material, and hope for the best – only to be surprised when she didn’t pass. She was not honest with herself and realized she was not putting in the maximum effort.

Now you can find Adrienne, an avid boxer, packing a punch inside the ring and within her firm. As a Tax Senior Associate at Moore Colsons CPAs and Advisors, her responsibilities include the preparation of tax returns of varying complexities with experience in corporate, partnership, and individual income tax returns. She also performs tax research and tax consulting, including projections. 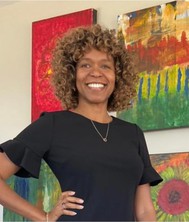 Join the AICPA as a FREE Student Affiliate Member

Gain access to exclusive content, AICPA benefits and scholarship opportunities. Available to full- or part-time students enrolled in a domestic or non-U.S. college or university.


Register as an accounting faculty member or professional

Gain access to the Academic Resource Database, educator webinars and more to support you in building the CPA pipeline.