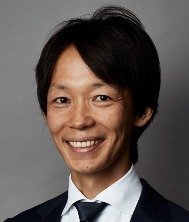 Kensaku Kimura’s firm, Kimura Certified Public Accountants, is a one-man operation - and a successful one at that. His office is in Tokyo’s Otemachi district, one of the city’s key business hubs.

“I started my firm in my mid-30s after about ten years at KPMG,” says the Kobe native in fluent English honed during eight childhood years in Los Angeles and a two-year stint at the Big Four firm’s office in New York. “I had a great time at KPMG, but I gradually realized I was becoming dependent on the organization. I wanted to become independent.”

He acquired the Japanese CPA (JCPA) after leaving college. During his second year at KPMG in Tokyo, he was inspired to take the U.S. CPA by friends who also chose this career path.

“At first, the U.S. CPA was more of an add-on to my resume. I wanted to use accounting as a tool to facilitate international business, so I thought studying for the U.S. CPA would be an efficient way to learn accounting terms in English. But once I transferred to New York, it expanded my opportunities. I was immediately put in charge of handling a public company, which doesn’t happen often to expats on rotation. I think the U.S. CPA was one of the factors that made it possible.”

Armed with bilingualism, multicultural business knowledge and expertise in both Japanese and US accounting standards, Kensaku became specialized in international accounting and transactions. After finally adding the Chartered Financial Analyst (CFA) designation to his skillset during his last few years at KPMG, he found a market niche perfectly suited to a rapidly globalizing Japan.

“One example would be cross-border Mergers & Acquisitions (M&As). A Japanese company buying a U.S. company, or vice versa. The accounting around the M&A is based on a valuation that someone does, so that’s where the CFA comes in,” he says.

With Japan Inc. currently engaged in a worldwide M&A spree, it is easy to see why Kensaku’s skills are in high demand. In the first six months of 2018 alone, M&A involving Japanese firms nearly quadrupled to a record $232.4 billion, according to Thomson Reuters.

From the JCPA to the U.S. CPA to the CFA, continuous learning is at the heart of Kensaku’s approach to work. “I think that’s a very important aspect of being a professional. Learning never ends. Once you think you’ve covered one area, it would be arrogant to think there is nothing more to learn.”

For Japanese professionals looking to broaden their opportunities, the U.S. CPA is definitely an option. “With the JCPA, you’ll need to study full-time for two years. However, if you have a life that you need to sustain but still want to enter accounting at a foreign firm, or you’re looking for a leg-up, the U.S. CPA is a good option. The clear advantage over the JCPA in the Japanese job market is that it shows English accounting capabilities. If you have the time and resources, and you’re sure accounting is what you want to do, go for it.”

To those who might see the English-only U.S. CPA Exam as a barrier, he offers encouraging advice.

“While the U.S. CPA was easier for me since I had the language, I’d say there is an 80% overlap with the JCPA so if you already have that you’re off to a good start. Even if you don’t, you can do it. When studying, allocate time to the practice problems at the end of each chapter, and keep in mind why you want to take the Exam. If it’s because you want to work, then don’t let the language intimidate you. You learn English and you also get the license.” 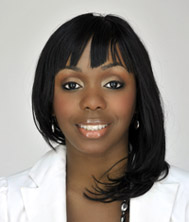 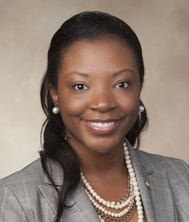