What is the relationship between accounting and Lake Naivasha, one of Kenya’s most vibrant natural resources? 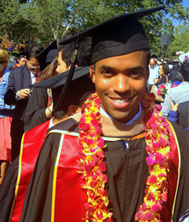 What is the relationship between accounting and Lake Naivasha, one of Kenya’s most vibrant natural resources?

Justin Brown, a 2011 recipient of the AICPA John L. Carey Scholarship, set out to find the answer to this question during his sophomore year of college through a six-month study abroad program. Not only did he find the answer, he discovered his love for exploring the intersections between environmental issues and business. Lake Naivasha is struggling because it serves as both a research site for endangered species and an important horticultural base for the local economy. As it turns out, this is a common problem in developing countries around the world. Justin is passionate about obtaining the CPA designation because he wants to help provide financial solutions to government agencies and private companies that address these types of difficult problems.

For Justin, accounting is not just about the numbers.

As an Economics student at a small Quaker school, Justin studied economic growth models and learned the importance of social responsibility. During college he served as Vice President of the Black Student Union, served as Editor for the college newspaper, and worked with local community theaters. He also kept busy during the summer as a Union Summer intern canvassing for fair benefits and wages for Service Employees International Union (SEIU). All this community work has exposed him to people representing different nationalities, sexualities, and socioeconomic backgrounds, which he believes will make him a better accountant.

Looking at Justin’s academic achievements and knack for balancing extra-curricular activities, you would never guess that he was a first-generation college student. However, the way he sees it, hard work and adventure go hand-in-hand. And working hard has given Justin plenty of opportunities for adventure.

After graduation, Justin served for two years as a Peace Corps volunteer in Morocco. He has also worked as a finance specialist for a Top Secret White House engineering project.

In his finance specialist position, Justin noticed a need for understanding accounting within public service and knew that he needed to get that knowledge ASAP. He discovered the AICPA John L. Carey Scholarship while searching online for the funds he needed to get into his dream program.

After he was awarded the prestigious AICPA John L. Carey Scholarship, Justin was able to commit to that dream program – an accelerated, one-year graduate program at the University of Southern California.

Now that Justin has completed his master’s degree, he plans to hit the ground running once again.

Passing the CPA Exam and getting a strong foundation in audit could lead to endless possibilities which Justin is already busy exploring. He has applied to multiple positions within L.A. County and has been named a 2012 Semi-Finalist for the Presidential Management Fellowship offered through the Office of Personnel Management. However, if these opportunities don’t pan out, Justin may end up in Trinidad or Tunisia. “The sky really is the limit,” he says. “And for all of us pursuing our CPA credentials, we’ll be unstoppable!” 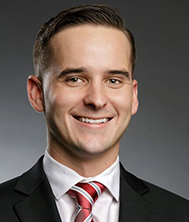 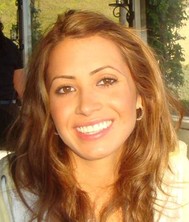